I think this was the weirdest Halloween party I ever attended.  D”Bear reaaaallly did NOT want to go because he hates dressing in costume…or so he said.  I helped him put together a simple costume that even he wouldn’t feel too awkward about -a doctor! I had a lab coat from when Daughter #1 was in school. She got me a stethoscope and a pair of gloves. We found a few accessories to round it out but on the day of the party he tried the lab coat on and uh oh.. it was too small! So off we went in search of a new costume. Rochester is a crazy city. You can find almost anything here!

We found a vintage clothing shop that sells great old tuxedo jackets and D’Bear found the perfect one with satin lapels and long tails. We got some white hair spray paint and I had my face-paints and brushes. I think he kinda got into it! 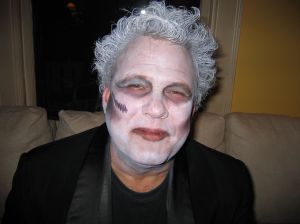 Of course this was taken later in the evening when some of the make-up had worn off but you get the idea. 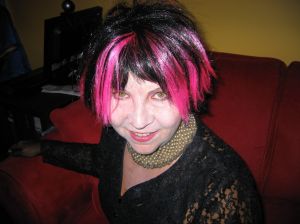 Not exactly what I had imagined but hey, it’s a costume!

Our friends came as the band Kiss: 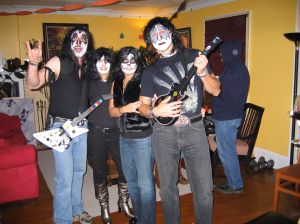 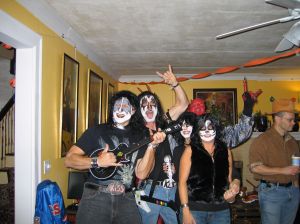 Some other shots from that fine evening: 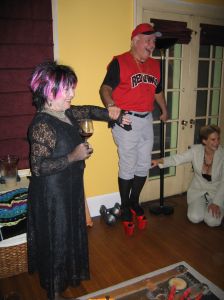 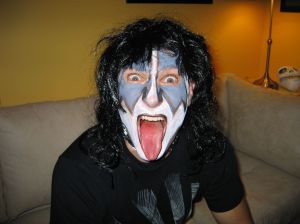 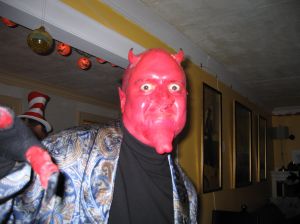 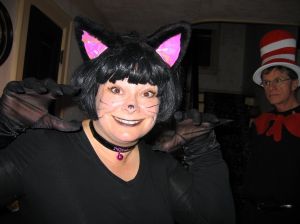 So this is a trial run for me for Birdpress‘s rehearsal dinner on Halloween! It’s to be a Costume Party Rehearsal Dinner! Did she tell ya?     Oops! I can’t wait to see what she and the Groom-to-be dress as! Bwahahahaaaaaaa!!!!!!!!!!!  BOO, y’all!!!